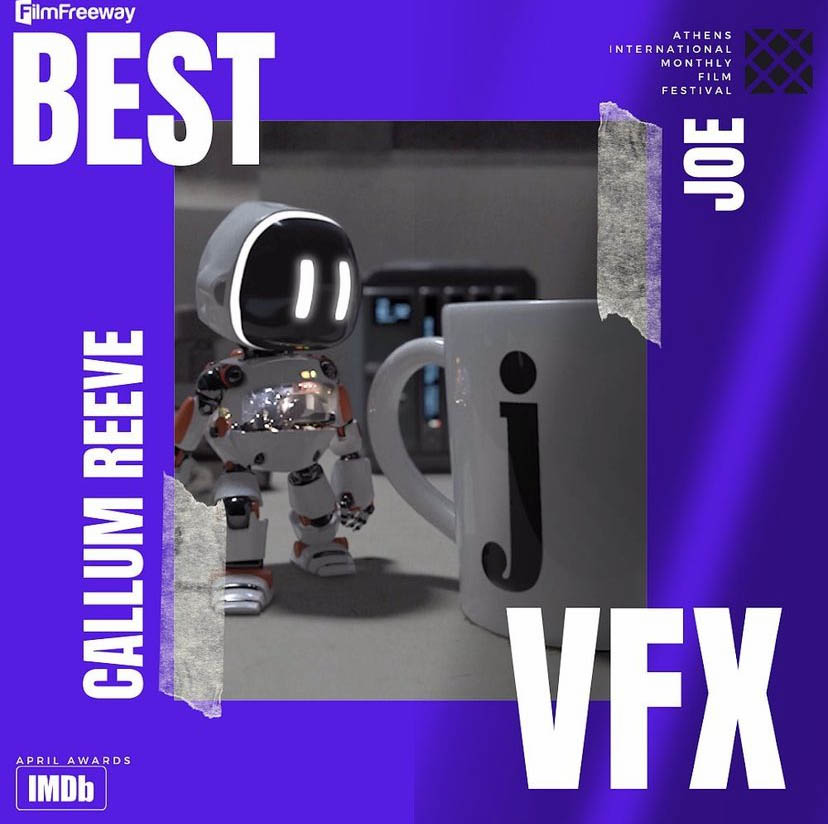 Many congratulations to the makers of Joe, which has won Best VFX at the London International Monthly Film Festival (LIMFF).

“Joe” is a short film directed by Callum Reeve and produced by Aidan Lonergan, completed as part of animation Module PR6001.

Joe is a story about a cleanup robot that goes wrong.

Joe has won many festival awards, including a “Director’s Choice” award at the Sci-On film festival and a “Four Stars Award” at the British International Amateur Film Festival.

Joe is a story about a cleanup robot that goes wrong. It was directed by Callum Reeve and Produced by Aidan Lonergan.

It was completed as part of animation Module PR6001,  a Studio Project worth 60 Credits.

Working with a team of ten students from both the VFX and animation departments, this collaborative short was filmed on location in London, with animation and VFX all completed at Escape Studios over three months.

The live action plates were scanned and tracked, and were completed with digital animation in Maya, composited and rendered in Arnold.

The lead animator was Jack Thompson, and cinematography was by Clement Gharini. The 3D VFX Lead was Alfie Mitchell, and the Compositing Lead was George Randall.

Joe has won many festival awards:

You can find Joe at the IMDB here.

The Escape Studios Animation Blog offers a personal view on the art of animation and visual effects. To apply for our BA/MArt in 3D Animation, follow this link.  To apply for our storyboarding evening class, visit this page here. For the next 12 week animation course, click here.