Carlos has worked across all the major 3D industries for almost two decades; he started his career in the digital arts working in industrial design, and then later worked as Assistant Technical Supervisor on the BAFTA winning TV series ‘Tiny Planets’.

Later, Carlos worked as FMV supervisor for five games titles including ‘Lego Bionicles’, and worked as a VFX Artist on the HBO series ‘Rome’ and on the Oscar-winning ‘Inception’. Carlos Poon has worked at a number of leading studios including Double Negative and Cinesite.

Carlos Poon teaches 3D VFX to the second year VFX students at Escape Studios.  You can see his full list of credits at his IMDB profile. 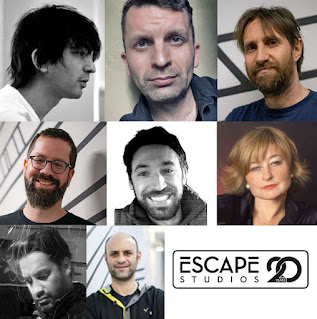