Congratulations to the makers of “Ambush“, which has won  “Best VFX” at the Future of Film Awards.

Ambush was directed by Thomas Grantley and produced by Viktor Fiuk. The 3D Lead was Efthymios Bairaktaris and the 2D Lead was Andrea Tomas.
Ambush was completed as part of the VFX Project, the final film-making module in the third year of studies at Escape Studios, in which students work together to create a short film, mirroring as closely as possible the workings of a studio environment. This is Ambush‘s third festival award.
Ambush
https://vimeo.com/710784201/951614405f?embedded=true&source=vimeo_logo&owner=89106040
“Ambush“ 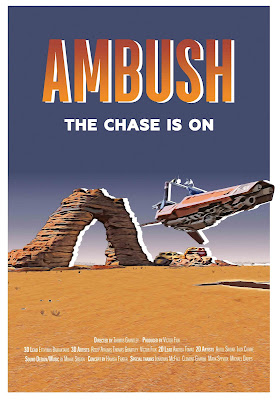 You can find Ambush at the IMDB here.
“Ambush” Credits
Festival Success
Ambush has won a number of festival awards:
The Escape Studios VFX Blog offers a personal view on the art of visual effects.