Many congratulations to Escapee Lewys Rhodes who is working as a VFX Artist at the London VFX production house Freefolk.

Lewys Rhodes is working at Freefolk as a 3D generalist, solving a variety of production problems, working mainly in commercials but also working on longer projects.

Lewys is gaining experience in modelling and look development as well as matchmove, layout, lighting and rendering.

Freefolk is a UK-based VFX and animation house established in London in 2003 as “Finish”; it was re-named Freefolk in 2016. 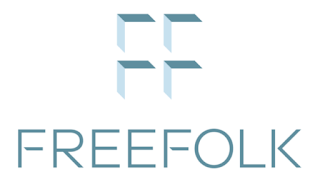 While at Escape Studios, Lewys contributed to a number of award-winning films, including directing the multiple-award-winning VFX short film “The Crash“.
You can watch The Crash below
https://vimeo.com/551686975?embedded=true&source=vimeo_logo&owner=65333675
Escapees at Freefolk
Lewys joins Escapee Petroc Menuhin, who joined Free folk as an animator in  2021.

The Escape Studios Animation Blog offers a personal view on the art of animation and visual effects. To apply for our BA/MArt in 3D Animation, follow this link.  To apply for our storyboarding evening class, visit this page here.  For the next 12 week animation course, click here.