Many congratulations to Escapee Benjamín Števuliak who is working as an environment artist at MPC.  Benjamín has been lucky enough to work on the long-awaited VFX production Prehistoric Planet, which premiered on Apple TV in May.

MPC is one of the UK’s longest-established VFX and animation houses; responsible for blockbuster hits such as The Lion King and The Jungle Book.

While at Escape Studios, Benjamín studied the Art of Visual Effects, and worked on a number of award-winning film projects, including “Kiwi’s Dream” and “The Crash“, both of which have won multiple festival awards.
Prehistoric Planet 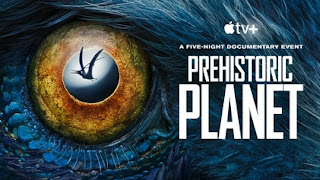 Prehistoric Planet is a British-American five-part nature documentary streaming television series about dinosaurs that premiered on Apple TV+ beginning May 23, 2022.
You can find the Prehistoric Planet trailer at YouTube here.

Escapees at MPC
Benjamín joins the many Escapees who have joined MPC: