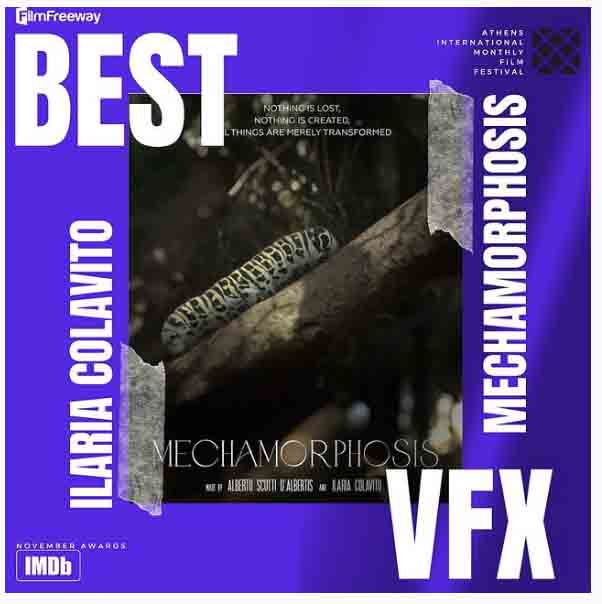 Congratulations to the makers of “Mechamorphosis“, which has won Best Visual Effects at the Athens Film Festival.

Mechamorphosis was written and produced by Alberto Scotti and directed by Ilaria Colavito, both of who are now working as Studio Assistants at Escape Studios.

Animation was completed by Steven Lall, and Hélios Lyons did the sound design and composed the original music.

The project was overseen by Escape Studios Head of Animation Michael Davies.

Mechamorphosis – 2022 from Alberto Scotti on Vimeo.