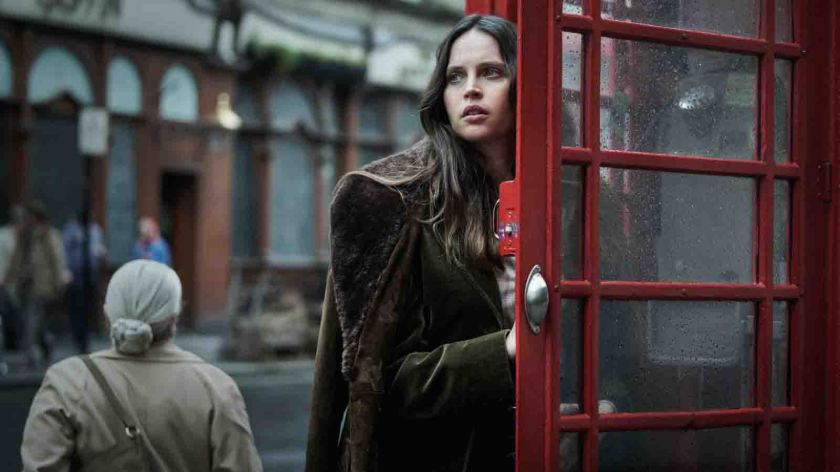 Escape Studios is proud to be contributing over a dozen VFX shots to the forthcoming UK indie theatrical thriller “Borderland“, directed by London-based film-makers Tom and Charles Guard.

In Borderland, a retired Irish paramilitary witnesses the fatal shooting of his pregnant wife by an SAS officer, taking his revenge to the streets of 1970’s London.

Starring Felicity Jones and Aml Ameen, Borderland is set in the height of The Troubles in the 1970s.

When a border ambush goes wrong, a retired Irish paramilitary witnesses the fatal shooting of his pregnant wife by an SAS officer.
After outwitting the SAS, now wounded, and presumed dead, he escapes, taking his revenge to the streets of 1970’s London.

Borderland was directed by Tom and Charles Guard, with live action production being filmed on location in Glasgow in 2022.

Tom and Charles have visited Escape Studios on a number of occasions to brief our students and give them feedback on the ongoing VFX work.

For our students, challenges involved making the streets of 2022 Glasgow look convincingly like 1970s London.  This included paint and roto, 2D compositing, and smoke FX work.

Escape Studios’ students have contributed over a dozen shots, led by Head of Compositing and VFX Program Leader Klaudija Cermak, who served as our in-house VFX Supervisor.  Projects like Borderland offer our compositing students real-world experience of live-action film-making, and the chance to work with well-established directors.

The following Escape Studios’ compositing students have contributed to the film:

Movie Theatres and Sky Cinema
Borderland will be released in theatres and on Sky Cinema.
Thanks to Foundry
Escape Studios would like to thank Foundry, developers of the compositing software Nuke, for their kind co-operation and support throughout the project.
The Escape Studios VFX Blog offers a personal view on the art of visual effects.