Klaudija Cermak teaches the Art of Compositing for VFX at Escape Studios; she teaches the short course (12 weeks) in VFX Compositing as well as teaching undergraduate and postgraduate students.

Klaudija has over 20 years experience on commercials, broadcast TV and feature films.  Klaudija has worked at most of the major post-production houses in London including MPC, Mill, Millfilm, Framestore, Double Negative and Glassworks. 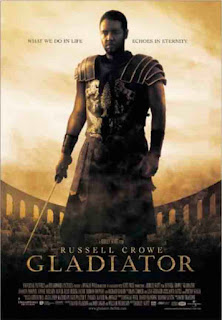 Broadcast TV
Klaudija‘s broadcast credits include ‘Killer Dinosaur’ and ‘Virtual History’ that won the VFX Society Award for Outstanding Visual Effects, and numerous commercials for brands such as Walkers, Sony, Sainsbury’s and Panasonic.Commercials and Titles
Klaudija has also Art Directed television promotions, title sequences and content graphics for the BBC, Sky, Channel4 and ITV, for which she won a number of awards, two of which were Golden Promaxes. She was a Subject Leader for MA VFX at Ravensbourne and has given talks and lectures on all aspects of post-production.

Best-Selling Author
Klaudija is the author of the Kindle bestseller “How to Get Into and Survive Film, Advertising and TV Post-production – The Alternative Guide“.
Harry Potter
And, if you visit the Warner Brothers Harry Potter Studios, you will find Klaudija‘s name on one of the Magic Wand Drawers.
Compositing Short Course
To sign up for our short course (12 weeks) in VFX Compositing, follow this link to the official site.
The Escape Studios VFX Blog offers a personal view on the art of  visual effects.