July 13, 2022 Alexander Williams Tutors Leave a comment
Meet Federico Arculeo – one of our newest 3D tutors at Escape Studios.  Federico’s film credits include “Thor: Love and Thunder” on which Federico worked at Framestore as a matchmove artist.
Federico Arculeo teaches 3D VFX to our first year undergraduate animation and vfx students, helping them to build their VFX journey at Escape on solid foundations.
After studying VFX with Escape Studios, Federico joined us as a Studio Assistant, during which he learned new skills such as Unreal Engine.  Later Federico joined Framestore, working as VFX artist, and recently returned to Escape to teach 3D VFX.
Studying at Escape Studios 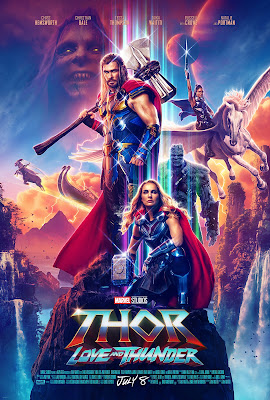 “My journey in the 3d world began in 2018 when I moved to London to start the 3d for VFX course at Escape studios, where I learned the most advanced techniques required by the industry.
After my experience as a Studio Assistant, I had the opportunity to work as a matchmove artist at Framestore on Thor: Love and Thunder for a year, where I learned new techniques and expanded my knowledge.
All of this led me to the role I currently hold at Escape Studios, where I have the great opportunity to help young first-year students enter the world of VFX, and lay the groundwork for what will be their future careers.”
– Federico Arculeo
The Escape Studios VFX Blog offers a personal view on the art of visual effects.